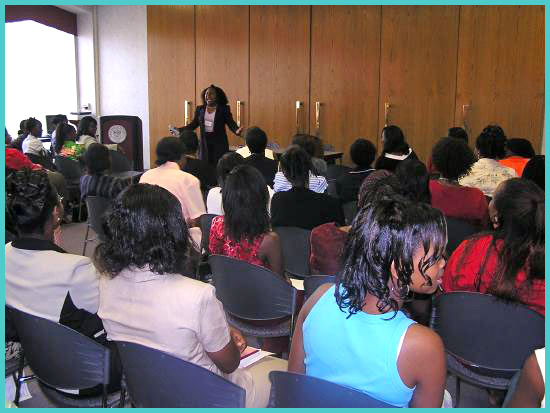 To enhance, equip and empower women in their Christian pilgrimage. We seek to share the gospel of our Lord Jesus Christ indiscriminately with women regardless of ethnicity, or denominational background. We organize conferences and retreats for women ages 18 and over. Our activities are offered in a safe environment where women participate in heart to heart ministry for women by women.

As THE WOMEN set out early to go to the grave and prepare the body of Christ for burial. Nothing could stop “THE WOMEN” Not the early morning cold, the fear, nor the anxiety of the big stone at the entrance of the tomb which was impossible for them to move away. They knew and expressed to one another that they were not able to roll the stone away, yet they did not give up the ministry in their hearts and minds. They were on an assignment. They kept going. They had faith that God will make a way for them to reach their Savior. THE WOMEN’S passion for Christ intensified when they realized their Lord had risen. They hurriedly went to tell the good news. Since that early morning women have kept the fire burning. Their passion for the Gospel and hunger for Christ has since accentuated .They have remained the backbone of Christ’s ministry with the same desire of that early morning: to serve and to spread the Good News in and out of season.

KCFA department of women mirrors the same passion. They have committed to prayer knowing that there are many hindrances, but nothing is impossible to the one who believes (Mark 9:23). The determination in these women was built by the fact that Jesus had acknowledged them as valued partakers of salvation.

In the midst of the Greek, Roman, and Jewish cultures, which viewed women almost on the level of possessions, Jesus showed love and respect for women. He allowed them time and safe ground to be seen, to express themselves, and to tell their story. Likewise, KCFA believe that women and men are spiritually equal, and that their equality should find itself expressed in the life of the believer and not in gender.

1. Annual National Ladies Retreat: This is our first Retreat of the years held in in First Quarter of the year during the Easter weekend from Holy Thursday to Easter Sunday at the Ridge Crest Retreat Center.
2. West Coast Women Conference: Held in early August in different cities throughout the region of the Pacific Coast of the USA and western parts of Canada.
3. Women in Christian Service: This warm and personal conference happens in the 2nd weekend of September and passionately ministers to Women who are Ministers of the word. In this retreat ministers meet and get a safe space to offload and also to refill.
4. Southern Region Women Conference: This includes the Southern parts USA and meets in early October
5. Northern Region Conference is held early November and ministers to women in the North Eastern part of the USA and Eastern Canada

In these conferences, KCFA women ministry ensure that every woman in the conference finds a way to be involved in the mission of Christ. One of the effective ways that women make a difference that will count in their day to day life is through the workshops. Various workshops are held in the conferences and addresses topics chosen by women depending on their needs and the needs in their KCFA chapter communities. Women have long known that “Iron sharpens iron, and one man sharpens another” (Proverbs 27:17). Workshops provide an open forum where women are free to ask questions, give ideas, voice concerns, discuss difficulties and get alternative views in all areas of personal and spiritual walk. All the workshops are presented by professionals, ministers of the word, experienced speakers, and moderated by volunteers among the KCFA women. These forums have been powerful, instructional, educational and learning opportunities that have brought tremendous spiritual, family, personal and communal growth. Women also get to meet other Sisters with like interests and ministries. They establish meaningful friendships within the fellowship that are an important part of Christianity as well. Very meaningful sisterhood and amazing ministries have been birthed by coming together in KCFA women conferences. We have learned that it is essential to network and work together to achieve large goals for the kingdom of God.

From wherever you are in the USA, you can be part of one or all of the KCFA Women conference. Visit this site frequently and you will find updates of the conferences happening near you and how to attend, and participate. Tell your friends and motivate them to come and be blessed and also be a blessing to others. Amen. 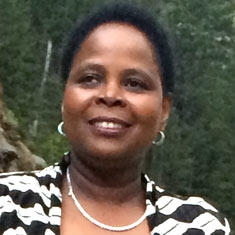 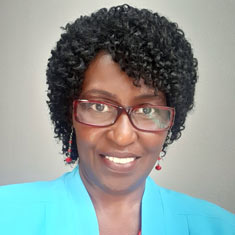